Alinda, the city of the Queen of Caria

Alinda is an authentic city dominated by Queen Ada, a friend of Alexander the Great. It is possible to see many historical ruins in the city which exhibits a unique architectural understanding and stonework in the Ancient Carian Region.

Since almost no archaeological excavations have been carried out, the old structures, tombs, walls and towers remaining as they were demolished give the visitors the excitement of discovery and offer trekking opportunities with a challenging course. Built on crags, steep and sheltered, Alinda has the beauty of its untouched nature and well-preserved ruins to attract history and nature lovers.

It is located within the borders of Karpuzlu district of Aydİn. The ancient city is reached from a road of 26 km which is separated from the 30th kilometer of the Aydİn – Mugla highway to the southwest. 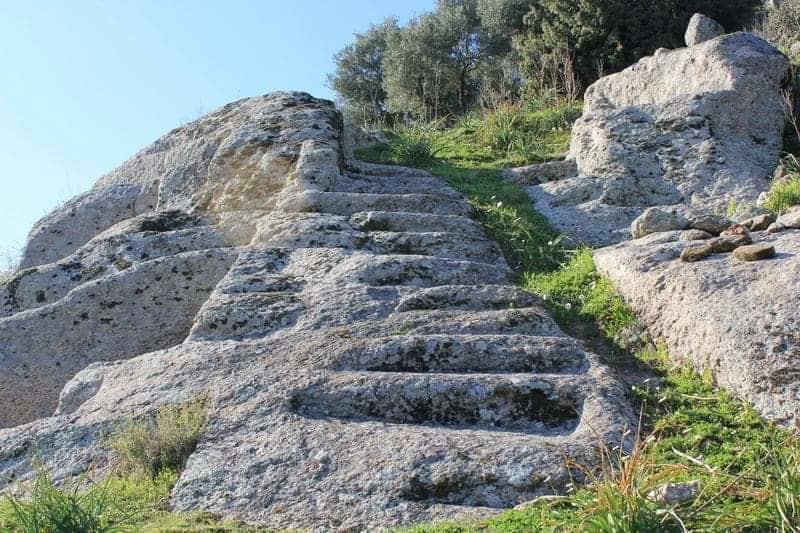 History of the city

Alinda is a settlement of 3,400 years with a long history dating back to the 14th century BC.

There is not many informations about Alinda, which is recorded as a completely Carian settlement. Alinda’s name is also mentioned in the campaign organized by the Hittite King Murshili in Western Anatolia and the name of the city is mentioned as Ialanda in Hittite sources. It is known that it was located on the main transportation network leading to the city of Mylasa and Millawanda (Miletus), one of the important cities of Caria, one of the inner parts of Anatolia during the Hittites. (Carian Way)

After a thousand years of silence, the historical records once again mention the name of the city as one of the places Alexander the Great visited in Anatolia in 334 BC.

Meanwhile, Queen Caria, Ada, lived in exile in Alinda. Alexander the Great seized the region, developed good relations with Ada. When he learned that she was exiled, he gave the administration of the region to her. Thus, Alinda is identified with Queen Ada. Later, the city continued to exist during the Roman Empire and lost its importance with Christianity and became the bishopric center of the Aphrodisias Metropolitan during the Byzantine period. The city was gradually abandoned during the Middle Ages and the settled population continued to live in Karpuzlu. 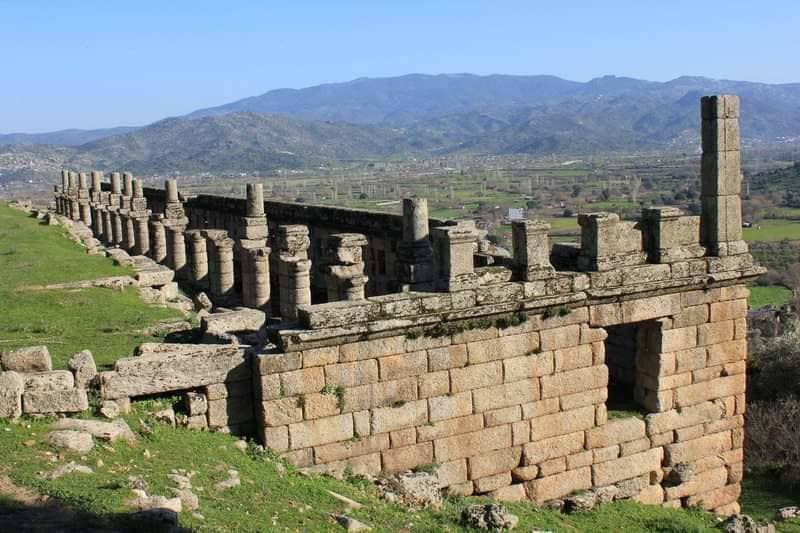 Queen Ada is a member of the Hekatomnos family that ruled Caria (the Mugla region today) for 60 years 2400 years ago.

Queen Ada was deposed by his brother Pixodaros and deported to Alinda in about 340 BC. Here she continues to reign in part, but it did not last long to take her throne back. When Alexander the Great came to Caria in 334, Ada went to see him. Surrendering to the city of Alinda to Alexender the Great, where she was in exile, she declares that she will help Alexander the Great in exchange for the right of Caria to hand over its administration to her. With the fall of Halicarnassus, Alexander the Great declared her the Queen of all Caria. Thus Ada; Queen in Caria, takes place in history as spiritual mother of Alexander the Great. Alinda, where Queen Ada, who ruled Caria as a female ruler in the 300s BC, lived with her works, which resist history, with all her elegance, challenges hundreds of years and still stands.

Archaeological exploration of Alinda started in the 18th century. However, it was confirmed by the coins in the vicinity of the city that the ruins belong to Alinda Ancient City. After the excavations in the ancient city of Alinda in the 19th century, in addition to general publicity and agora content, detailed researches were conducted. As a result of the geophysical and geological surveys conducted in the city, the extension area from the late classical period to the beginning of the Byzantine period was determined; measurement, definition and certification of buildings and architectural remains. In addition, as a result of the studies carried out, the stadium and ancient roads were documented outside the city’s buildings.

Although the city walls are generally well preserved, they are completely destroyed in some places. However, remains can be traced from the foundation nests on the main rock. The walls were made of rectangular blocks cut from local stone (granite) and weft stones were used between the blocks for aesthetic purposes and for reinforcement. The masonry, which has an approximately isodomic feature with the stones whose edges have been left and whose surfaces have been left open, shows almost the same feature everywhere except the differences due to the repairs made in later periods. The most important buildings of the city are gathered in the lower acropolis. Among these, the theater takes the first place which is well-preserved with nearly all its units. It is located on the southern slope of the acropolis towards the southeast with its cavea based on a natural elevation. The cavea was divided into two by a diazoma. On both sides, there are arched entrances extending to the diazoma. The orchestra of the theater is a horseshoe.

The agora lies on a flat area to the southeast of the theater. To the south of the nearly rectangular agora lies the market structure, the majority of which is still standing, arranged as stoa. The agora, which extends along the market structure, is limited to a backing wall built on a slope of land at the rear. Only a few column bases remain from the stoa surrounding the agora. Approximately 100 x 12 m. It is a three – storey building with a rectangular plan and a granite – built market.