Dedicated to Aphrodite, the Goddess of love and beauty, Aphrodisias is an ancient city with well-preserved monuments. Considered one of the most important archaeological sites in Turkey, Aphrodisias was inscribed on the UNESCO World Heritage List in 2017. Unearthed by archaeologist Kenan Tevfik Erim’s excavations between 1961 and 1990, Aphrodisias was known in the Roman era with the cult of the Goddess Aphrodite and was named after her. Another feature is the establishment of an important sculpture school thanks to the rich marble deposits in the vicinity. 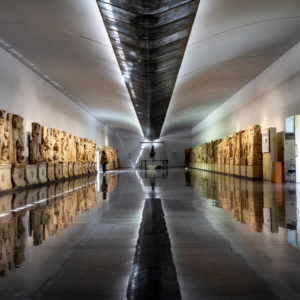 Aphrodisias was a free and autonomous city in the Roman province of Asia. It was best known for the sanctuary of its patron goddess, Aphrodite, and its marble sculptors. The community prospered under the old and middle Roman empire (early 2nd century AD); He built a complete set of marble structures that made the city a city worthy of the ancient eyes. In the third century, Aphrodisias was chosen as the capital, metropolis of the province of Caria, a new Roman province, and was able to preserve its classical life and texture to common cities in late antiquity (fourth-sixth centuries). Aphrodisias BC. In the 1st century B.C., it entered the protection of the Roman Emperor Augustus and gained important monuments that are still standing. At the end of the 3rd century AD, it became one of the important cities of the Roman Empire’s Caria province. 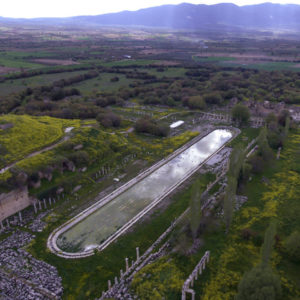 The Aphrodisians were very lucky in their history: they created a magnificent city of marble and an abundance of high-quality marble statues and sculptures to decorate it. The settlement was fortunate in its relative isolation from the main roads of medieval and modern Anatolia: the city and its statue are uniquely well preserved because of this. Aphrodisias is the best place to study the distinctive marble culture of the Roman period in Asia. BC to a prehistoric settlement dating back to 5000 BC. Founded in the 6th century, Aphrodisias was originally a small village. The first temple to Aphrodite was also built during this period. B.C. The city, which was reorganized with a grid plan in the 2nd century, turned into an important religious center over time. While it lost its importance from the 6th century, it was completely abandoned in the 12th century.

Aphrodisias is famous for its ancient world’s best preserved stadium and monumental temple gate. Around the 270-meter stadium, there is a seating area for 30 thousand people. M.S. The Temple of Aphrodite, which was converted into a church in 500 BC, also preserves its splendor. The seven thousand-seat white marble theater is also worth seeing. 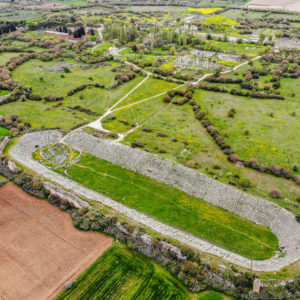 In the Aphrodisias Museum at the entrance of the ancient city, one of the rare museums nested with the ruins, the artifacts unearthed during the excavations are exhibited. The richest collection of the museum consists of the sculptures and reliefs of the Aphrodisias Sculpture School, which lasted from the Late Hellenistic period to the Early Byzantine period, and sarcophagi.

The Importance of Aphrodisias Excavations

The excavated monuments of Aphrodisias and their statues and written texts document the social history and visual culture of an ancient city in extraordinary detail. Aphrodisias sheds light on larger issues such as the interaction between Greek and Roman identity, the functioning of empire, religious conflict and shelter, and the transition from antiquity to the Middle Ages. It makes a huge difference to our understanding of the ancient world. 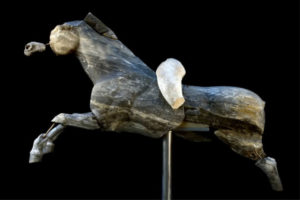