Release yourself and surrender to nature. Camp life begins. Our route is Aydin!

Soak up the peculiar smell of pine trees with the unique sea breeze. Experience the happiness of cooling in the clear waters by presenting the endless blue of the sky and sea to each other.

Get your feet on the ground and listen to the song of nature. Crickets, the sound of the waves, the chirping of birds. Enjoy the time passing slowly, like a turtle. Be prepared for breakfast with squirrels that are common to your table. Breathe with the blue of the sea and the greenery of the trees by delivering to nature in the equipped camping areas in the paradise corners of Aydn, which is the stop of expert campers.

Here are the camps you can join in Aydin

Featuring a wide range of options from family-friendly mini-campsites to fully-equipped bungalows, Kusadasi offers a unique holiday experience in the freshness of the cool tree shadows and the clear blue sea.

Onder Camping is located in the center of Kusadasi. It has bungalow houses and a swimming pool. 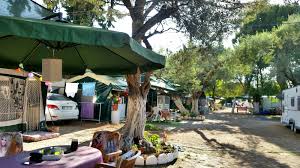 It is located at opposite the Kusadasi marina, the camp has a free pool. It is a place where you can do both tent and caravan camp. 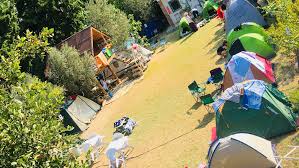 With flowers and fruit trees, Mursel Camping has been perfectly designed. Campers can camp with their own tents. No camping equipment is provided by the establishment and children under the age of 10 are not allowed in the campsite. 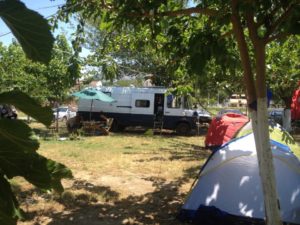 It is located 15 km from the center of Kusadasi, next to Guzelcamli National Park. The camp site is right next to the sea and you can swim from the beach. 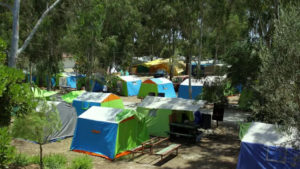 Love Beach, which is 19 km away from Kusadasi, has become a place frequented by campers with its vast azure sea and large green area. Love Beach is an entertaining camp site that hosts the annual youth festivals.

Aydin’s unique nature and azure sea shining with stars in Didim, dancing with stars of hundreds of years, enjoy the wonderful camp sites. 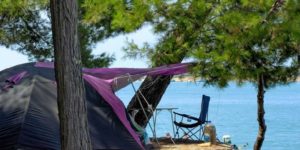 Red’s Beach Club, which is one of the most visited places for camp lovers, attracts attention with its natural beauty. If you want to camp in this camping area, which is very close to the most important bays of Didim and has a unique beach, you can keep this place in your mind. Intertwined with nature, stress and away from the noise of the city, embracing the sea and forest Tavsanburnu Natural Park for visitors to use recreational activities and tent and caravan accommodation is offered. Set up your camp on the edge of the lake by hiking the ancient roads that were built 2500 years ago on the beautiful Lake Bafa of the Aegean which is almost the same as the first day. Swim in the lake and cool off. Lean on a tree in Bafa which dates back to ancient times, and take a look at the village of Kapikiri, the port city of Ionia. Didim-Akbuk road after you go into the Koy Hizmetleri sign, you will see Dalyaniki Bay. The bay, which is one of the frequented places of campers and excursionists, hosts cool tree shades.

Aydin greets you in the magnificent nature where you see the traces of history. Get ready for fascinating camps with historic ruins in countless protected areas. It has a magnificent structure showing the art of balance of nature which seems to be placed on top of each other as a result of erosion of granites which is very rare in Turkey. It is a must-see place for nature photographers. It will be useful for the campers to be careful with creatures such as snakes and scorpions. Remember to close the door when you leave your tent. Arapapisti Canyon is a canyon formed in thousands of years at the point where Akcay, which feeds Kemer Dam, intersects in Aydin, Mugla and Denizli borders. It has a length of 6 kilometers and a height of 380 meters. In the 7th century BC, during the reign of the Byzantine ruler Heraclius, it was called “Arapapisti” which means the place where the Arabs were amazed because it was erected as a fortress against the Arab armies trying to invade Aphrodisias from the east. You can enjoy the snow in the winter and the coolness in the summer by setting up a camp in the Pasha Plateau where you can have different experiences in summer and winter months. Under the dominant vegetation of red pine, larch and juniper trees, you can set up your tent under the trees and find peace in the 1200 meter high plateau with ice-cold coolness. 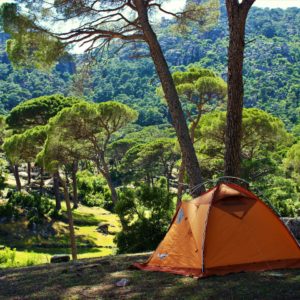 You can witness the unique beauty of the night sky by throwing your camp at the summit of Latmos in the pine forests. You can visit the Temple of Zeus within the camp site and you can go to the castle from the Hellenistic period through ancient ways. 200 million years old gneiss rocks will accompany you on your trip here. Latmos, which is very rich with its flora and fauna, can enjoy unique cruising pleasure by enjoying nature. Madran Mountain, one of the highest mountains of Aydin, is 1792 meters high. You can inhale the pure oxygen of nature by walking through the green forests where pistachio pines and red pines mix. You can come across many plant and animal species while camping alone in nature on Mount Madran, which is believed to be healing. Alinda Ancient City, one of the most magnificent ancient cities in Anatolia, is also suitable for camping and tents. You can take lots of photos around a historical and cultural camp site and make a discovery with a touch of history. Sarikum Bay is a quiet and peaceful place in a secluded spot. The beach which takes its name from the yellow sands on the beach, has many areas for camping around. There are excellent areas for fishing and diving in the bay. Akkum Beach is one of the most preferred places for campers because it is quiet andfar from traffic. The sea is colder and deeper than other bays. Because the bumpy roadyou should walk after a certain place when you go to Karagoz Bay which is 10 km away to center of Didim. The bay is known for the clarity of its sea which has a sandy and pebble shore. You can set up your tent anywhere on the beach and enjoy nature. There is a forested land in Camli Koy which is 25 km away from Didim. You can set up your tent anywhere in this area, which is a quiet, peaceful and peaceful environment for campers.