““I I belong to everyone and I don’t belong to anyone. I was here before you came, and I will be here after you leave ” Homer The Efe of the Aegean, Aydin envisions the power of Efes by harboring monumental trees that are accepted as the symbol of power, longevity and greatness.
When you go to Aydin, lean on a sycamore, hear the sound of the past and listen to the pasture from the olive tree that adds flavor to your breakfasts since the Roman period. 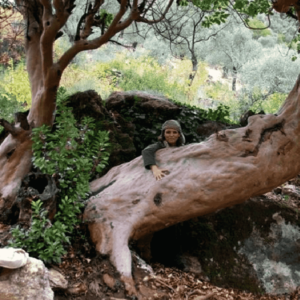 The Aegean region witnesses its history of monumental trees known as capsules of the time which has been the settlement of civilizations for centuries with its magnificent geography.
Some of the bloody sycamore of Demirci Mehmet Efe, some of the fertile olive trees that witnessed the Roman era… These gigantic trees of Aydin have gained a special place in the society with their cultural heritage and changing physical characteristics from the past to the present, sometimes referred to as 1000s. This effect increases the people’s dependence on their breed, nation and region, on the other hand, it makes a significant contribution to increase the love of nature and environmental awareness in the society. It is known that there are 20 registered monumental trees in Aydin.
Four olive, one feathered oak, one haired oak, one ash, two eastern sycamore, one London sycamore, three meninges, an Anatolian chestnut, a black mulberry tree species range in age from 201 to 1751. Considering the fact the oldest olive tree is from 265s AD and a huge oak in the city which existed before the Conquest of Istanbul, it becomes clear how important these silent witnesses of history are still trapped between concrete blocks.