The Largest Lake in the Aegean

How about an idyllic Aegean voyage from the foothills of the Latmos Mountains, which have hidden the traces of thousands of years of history, to the lake villages in Bafa, accompanied by magnificent natural landscapes?

The Latmos or Besparmak Mountains which is right on the shore of the lake, resemble a mysterious staircase that climbs up into the sky with its folds sawteeth. 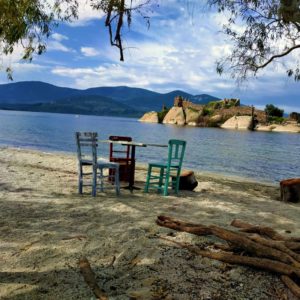 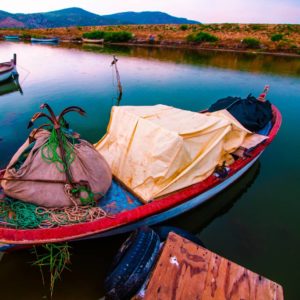 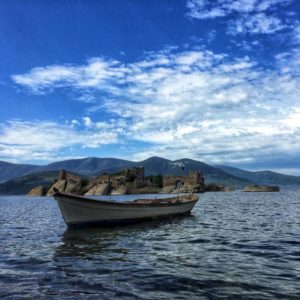 Bafa Lake is separated from the sea by the alluviums carried by the rivers which is an important bay in history. The lake is about 15 kilometers from the sea today. Kapikiri village on the northern shore of the lake is intertwined with the ruins of the ancient city of Heraklia.

It is a unique pleasure to jump from here to a small boat and open to the blue waters of the lake. On this journey you can approach the islets that trigger your sense of discovery with mysterious ruins.

Bafa Lake is a bird paradise which hosts more than 200 bird species throughout the year. Especially in the spring (from March to May), the shores and islets of the lake host ornithologists from all over the world are sheltering many rare bird species. Pink flamingo, pelican, eagle eagle, hawk, stork, cormorant, white and crested heron are just some of the bird species that can be seen in the region.

Besides its natural beauties, Bafa Lake is also very generous in terms of the flavors it offers. You can taste local delicacies at the garden restaurants with garden overlooking the lake after sightseeing or after a boat trip. The region’s eel and olive oil appetizers made with Aegean herbs are famous. The grilled and steamed eel is also soft, oily and extremely tasty. Bon Appetit! 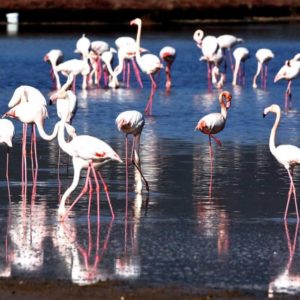 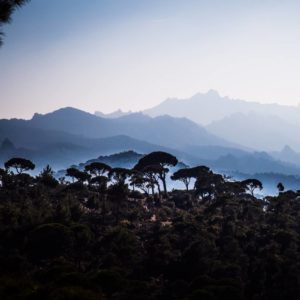 The tears of the moon goddess SELENE

The moon goddess Selene fell in love as soon as she saw the handsome goat shepherd Endymion, who was playing sad melodies with his pipe as she walked over the Latmos Mountains in a silver wheeled cart drawn by two white horses. The two lovers met at night on the shore of the Bafa Lake. This legendary love became so famous over time that they became spoken in the whole Carian country. But Zeus, the god of gods, was jealous of this great love and sentenced his poor shepherd to eternal sleep on the rocks of Latmos.

Since then, the beautiful Selene has been searching for her lover around the lake. According to rumor, Bafa Lake is another beautiful on full moon nights. Because the moonlight on the water is believed to reveal the glitter of Selene’s tears.

Who knows? Perhaps you can witness the footsteps of the Moon Goddess in Bafa Lake.

Some information about Bafa Lake which declared as a Natural Park due to its rich natural and cultural resource values: 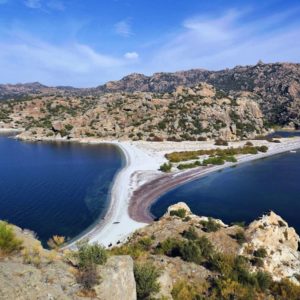 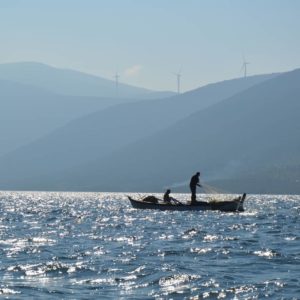 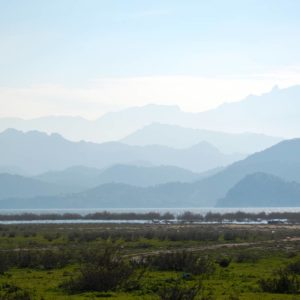 The surface area of ​​the lake is 6721 hectares and the depth reaches 25m. The main water source of the lake is the groundwater and surface waters from the floods of the Buyuk Menderes River and the surrounding mountains.

In the vegetation around the lake, 237 genera, 325 species, 22 subspecies and 7 varieties belonging to 80 families were identified.

16 endemic plant species have been identified within the area.

The natural park is also home to 261 birds, 22 reptiles and 19 mammal species.

On these islands there are Byzantine defense structures and monasteries.