One of the most important cultural elements of Aydin is yoruks and camel breeding. Despite the Yoruk life in many places in Anatolia, camel wrestling has not started in our city and it has been continuing this culture uninterrupted for centuries which has a history of two centuries.

Aydin is one of the best cities that presents the Aegean culture. One of the first features that comes to mind when it comes to culture in Aydin is camel breeding and camel wrestling. Camel breeding is an important part of Turkish culture from Central Asia to the present day. As a result of the sumemr pasture-winter quarters lifestyle in Central Asia, the Turks used camels as horses. In the historical line extending to Anatolia, Turkish tribes carried the camel and the culture related to the camel to Anatolian lands.

Although there are camels and nomadic lives all over the Anatolia, there have been mentioned social, cultural and economic factors that started camel breeding in the Aegean territory. Especially since the 1800s, modern life practices started to emerge in the coastal Aegean, entertainment culture and leisure activities have enabled camel wrestling to take the organizational dimension in this region.

With the starting of the mating season of camels in October-November, the sackcloth that covers completely from the front to the back of the camel produced from goat hair is put on top of the camel. The object which is bigger than saddle called “Havut” is placed on the camel. In order to stop the havut and fasten up on the top, it is fixed on the camel with molds made of wood called hatap. In case of stopping of havut and hataps, the embroidered object made of thick felt called six belly felt made of golden thick felts of the camel is fixed with the help of ropes. Before each wrestling these strings are tightened and loosened after wrestling. The indispensable of the camel is attached to the mortar (bell) hataps, and every time the camel walks, the mortar makes a sound because it strikes the hataps, reminding that there is a camel from miles away. The saddle of various accessories, such as bead ornaments, is put on and on the back of the camel while wrestling it has that hatap. The feeding, maintenance and wrestling of the camel are carried out by carers called “savran”, which are kept by camel owners. 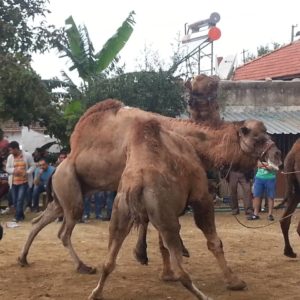 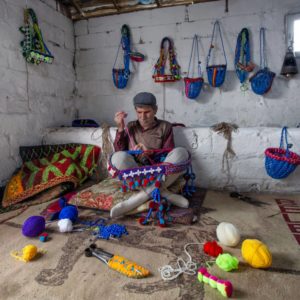 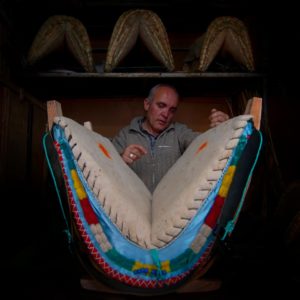 Havut is a camel saddle covered with colored felts. The reed plant used as filling in the hut of the camel is covered with sackcloth and felt covers which is measured by mixing. Various decorative materials are attached on the towel which has interesting colors. Incirliova, home to many elements related to the culture of deviculture, there are artisans who produce havut. In addition to Incirliova, which has the highest number of camels, many of the wrestling camels in the surrounding settlements are made by the towers in Incirliova.

Today, camel breeding continues as camel wrestling in general. Incirliova is the first place for establishing camel farm in Turkey. You can experience the calmness and the slowing of time during your visit to the camel farm where camel milk production is carried out and baby camels lives.

Incirliova is the only place at commercially camel sausage production in Turkey. Although the camel sausage was made by families in Incirliova in the past, commercial production started in 1950. Camel sausages which have a different flavor are well-known and in demand in camel breeding culture in Turkey and today held camel wrestling 8 provinces (Aydin, Canakkale, Mugla, Izmir, Antalya, Denizli, Balıkesir and Manisa) In addition to this, camel sausage can be found in Incirliova and weekly markets in the region at any time of the year. 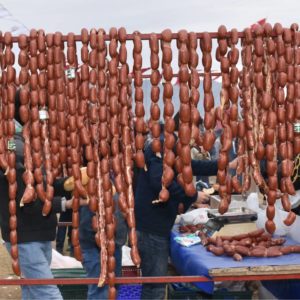 Camel milk was a product produced and consumed as much as needed by the families who continued the tradition of Yorukluk and there was no trade of camel’s milk. Today it is commercially produced because of its usefulness of human health( some cancer diseases, diabetes and autism). At the moment, the camel milk produced only at the camel farm in Incirliova. It is consumed raw. We invite you to Incirliova which is 10 km away from Efeler, Aydin in order to taste and buy curatice camel milk.