FEATURE OF TRACK: Most of the course consists of paths and paths in the forest. When the walk starts at Kavsit Mahallesi, Sineklibelen, after a climbing 800 – 900 meters, the peak of Cine Madran, which is a zone of wind panels, is reached after a one-hour walk to the summit of Madranbaba at an altitude of 1792 m. The end of the hiking trail is Ibrahim Kavagi Mahallesi. It is a 6-hour walking track.

RESTINGPLACES: You can take the first break in Sarlan Natural Park, the second break in the position where the first wind panel is located, the third and long break at the peak.

Madran Mountain is located in the highlands of Mentese. Cine, Bozdogan, Yenipazar and Mugla’s Kavaklidere districts are fountplaces. It is the second highest mountain after Hacetdede Mountain within the borders of Aydin province with an altitude of 1792 m. During the walk, it is possible to come across red pine, larch, a few scotch pine and a few cedar trees. You can have a picnic in Sarlan Natural Park, taste the delicious tandoors and drink water from the ice-cold founts.

Covering an area of 37,00 ha, Sarlan Natural Park is located in Sarlan, Ibrahim Kavagi Neighborhood, Cine District of Aydin. Sarlan Natural Park is 59 km from Aydin city center and 21 km from Cine town center. Natural Park; It is used extensively by the local people for recreational purposes; Madranbaba is one of the most important highlands of Aydın province. 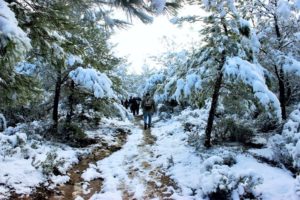 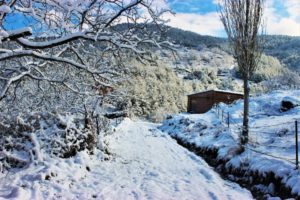 If you climb the peak in winter, you can feel yourself in Uludag during the snowy period. During autumn climbing you can collect lots of pine mushrooms. When you reach to the peak, you will see Karincali Mountain, Aydin Mountains, Gokbel and Mentese Mountains more closely. You can also visit Madran Baba Tomb at the peak. 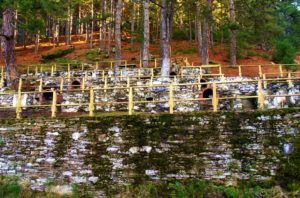 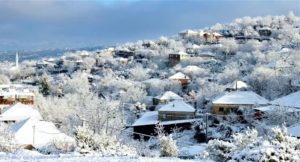 It is thought that an arrow hunter with a palace from Amasya Mahallesi was buried during the reign of Sultan Mehmet the Conqueror. As he was a good hunter, everyone in the palace respected him. The palace people of that period were writing wills. In his will, Archer Musa Aydin wrote that he wanted to be buried at the highest peak of Mount Madran, which is located between Bozdogan and Cine. In the direction of this will, Archer Musa Aydin was embalmed after his death and brought to Istanbul from Madran Mountain on horseback and buried. This grave is now visited as the Eren Tomb and for Madran Baba people cut vowes and pray. 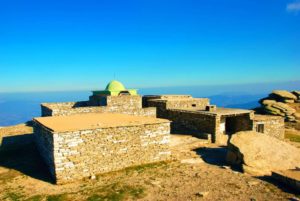 Madran Baba (Archer Musa) is shared and loved by both Alevis and Sunnis. In other words, it has been a symbol of peace in Aydın for centuries. There is an elementary school named ArcherMusa and an Archer Musa Fountain in Istanbul.

At the end of the walk, you can buy chestnut and walnuts from local products in Ibrahim Kavagi.

TRANSPORTATION: Kavsit Cine is 10 km, Aydin is 48 km and Izmir Adnan Menderes Airport is 150 km away.